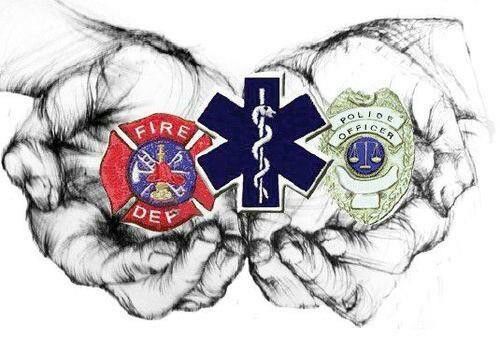 I was totally oblivious to the motorcycle as my husband, Guy and I chatted with a friend in the Canadian Tire parking lot. Guy was more attuned to the sound of the bike racing by us. Of course, he noticed the blur of bike and man.

A couple of minutes passed and then my cell phone rang. Our daughter, Giselle was distraught.

“Mom, I’m with Stephen getting gas at Zehr’s. (A grocery store plus gas station a couple blocks down the road from Canadian Tire.) There’s been a bad accident with a motorcyclist! I don’t know if he’s gonna make it!”

My heart skipped a beat. Giselle had witnessed a fatal car accident at Easter. She was practically sobbing.

“Say a prayer for him, Giselle. And for the first responders. I will, too.”

My mind instantly flashed back to 20 years ago.

I was riding my little Honda Rebel 250cc to work along Riverside Drive. For the midnight shift. Not too many nurses ride bikes to work, but that’s me.

I had a scare halfway to the hospital. An open newspaper flew into me, wrapping itself around my helmet. Thankfully, I was on a straight strip of the road. I pulled it off and it blew away. I managed to keep in my lane.

As I approached the downtown, I rode in the curb lane. Out of the corner of my left eye, I saw a bit of black. I’d just enough time to think, “Oh” as in “Oh, no!!”. Not enough time, thankfully, for my life to pass before my eyes. A black truck changed lanes, smashing into me and sending both me and my bike airborne. I landed hard on cement. Very hard. My helmet flew off!

My bike landed on a pedestrian, a middle-aged European man, who was walking on the sidewalk. Blood gushed down his face from his forehead. I got up instinctively, and grabbed a tissue from my jean jacket pocket. I applied pressure to his wound. Once a nurse, always a nurse. That man later tried to sue me for over a million dollars. Said he couldn’t work as a design engineer anymore. I let the insurance people work that one out.

I was very fortunate. “Bumps and bruises” was how the newspaper described my injuries. Soft tissue injuries take time to heal but I was fine.  Emotionally, I was a wreck. My bike was totalled. And, the truck? The truck driver had taken off; it was a hit-and-run!

But, good people were looking out for me. I ‘ve been blessed in good times and in bad. Two police cars were following the truck as he was driving a bit erratic. One police car chased several miles after the truck and caught up with him, right near my place of work. The other police car stopped to offer me immediate assistance. The first responders. Bless ‘em.

The city later installed a guard rail and snow fence at the scene of my accident. A historic steam engine is in a park downhill, between the sidewalk and the Detroit River.  No damage had been done to the historic site by me; mustn’t take any more chances in the future.

I brought myself back to the present…I said a prayer for the motorcyclist and the first responders. I told Guy what happened and he did likewise.

I learned the police happened to be in Zehr’s parking lot, on another mission when the young motorcyclist crashed into a car. The motorcyclist had no pulse. The policeman, coming from the grocery store parking lot, performed CPR and brought him back to life. 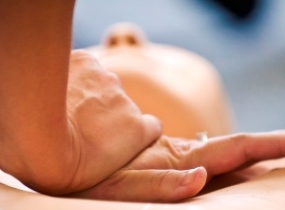 The last I heard, the young man is in critical condition. A good man. He was on his way to his girlfriend’s place; to care for the children so she could go to work. Pray for him, folks; he doesn’t have an easy road ahead of him.

By chance, I happened to meet two people who know the motorcyclist. They told me he “flat-lined” at the hospital and was brought back to life a second time. Those doctors and nurses deserve kudos for all the unsung heroics performed daily. The impact they have on families is priceless.

So, keep those blessed first responders in your prayers, too. To be in your path when your life takes a wrong turn. If you’re driving, pull over; let them get to an accident victim ASAP, to do what they do best: save lives. Giving people another chance to get it alright.