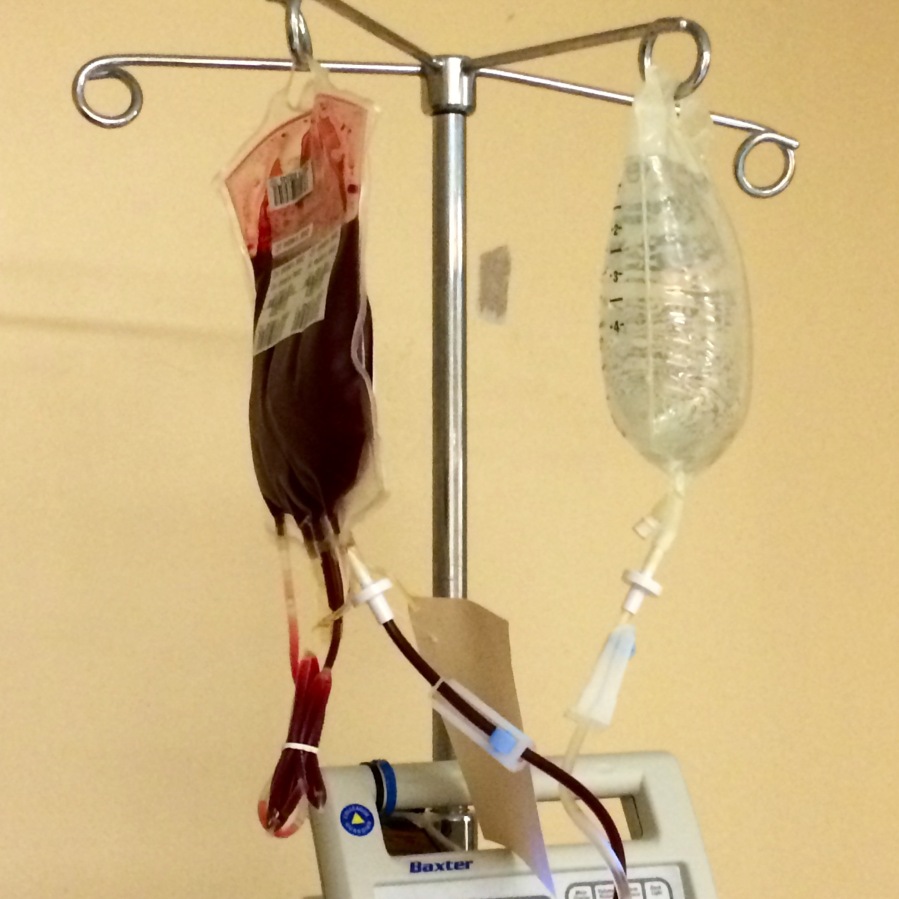 Tomorrow’s Dad’s 94th birthday. Time for a life lesson from Dad, the wisest man I know.

In the year after Dad had a stent inserted into a cardiac artery, he had no further cardiac trouble at all. Or since, as a matter of fact. But, he developed some issues from starting on a blood thinner. On one occasion, we stayed in the initial waiting area of the ER for a lengthy period, like four hours. I had brought the puzzle page of the newspaper along. We did the entire crossword as Dad is sharp that way.  I had enough time to do the Ken-Ken number logic puzzle, the easy and the hard one; the cryptoquote puzzle and the three star Sudoku. Dad asked me if it was okay if he napped. Why, most certainly! We were there because of fatigue in the first place!

Dad’s name was finally called after lab work returned showing the need for a blood transfusion. An additional test, an EKG, was done at this time. The nurses were super friendly and respectful, commenting that Dad dressed “like a proper gentleman”. He wore a dress shirt, a vest and dress pants here. And a neat cap!

I was proud that the nurses were treating Dad so well, taking the time to explain procedures and just being, for lack of a better word, kind.

There was a bit of a problem when Dad had to wait in another area to see a doctor. Patients were seated in Lazy-Boy chairs, each surrounded by two or three family members. I was approached by a nurse and told I had to leave. Apparently, there was no room for me. You know, I’m not really all that big of a person, but I do what I’m told. Within earshot of the nurse, I told Dad I’d go back to the hallway. Dad then told the nurse,”I’m going with her.” Which was rather nice. We talked about family and work and the posters on the wall and the probably even the choice of paint for the waiting room. We never ran out of things to discuss.

An hour passed, and Dad was moved to an area big enough for three patients. No stretchers for a man in his nineties, mind you, but three comfortable chairs for the patients and one uncomfortable chair for the family member. It wasn’t quite like that. The older I get, I prefer a hard, straight back chair. Dad was told his transfusion would begin soon. I requested he receive the blood from a young male teenager, to put some pep into him. The nurse told us she would do her best. And, insisted that when he left, he’d be skipping down the halls.

The next couple hours passed fairly quickly as he received two transfusions. He ate supper, called home, and I showed him photos on my iPad. Our nurse was funny, making us laugh and keeping the mood light. She was working four hours overtime and had to return early the next morning. When the transfusion was done, the nurse removed the intravenous, applied a small band-aid and told us we could go home.

Now, Dad being on blood thinners, had required regular lab work. He learned the hard way if he didn’t apply pressure to the venipuncture for five minutes afterwards, that he would bleed through his clothing on the drive home. He started to tell the nurse he needed more time before leaving.

The very pleasant nurse changed into Nurse Ratched. She told Dad in a loud no-nonsense voice,” You can stay here until Hell freezes over! I don’t care! I have other patients to see!” She stormed off, leaving us both speechless for a moment.

Recovering, I told Dad,” It’s okay. Take your time. You don’t want to get your nice clothes stained. Or  lose the two units of blood you just got. Easy come, easy go!”

We waited five minutes, Dad changed out of the hospital gown, dressed and we got into the car. Then, I started,”I CANNOT believe what that nurse said to you!”

And, Dad, bless him, for what he spoke next. He told me,”You don’t know what her life is like. She could be beaten at home. We had a very good day, didn’t we? That was only a few minutes out of a very good day.”

Did they give him the blood of a saint? Talk about forgiveness. He totally let it go; focused on the positives.

You know, when he greeted Mom on arrival home, he told her, “We had a great time today.”

So, happy birthday Dad. Thanks for showing me how to lead a merciful life!

5 thoughts on “A Lesson in Mercy”