Cheerful Brown-Eyed Susans greeted me as I walked through the alley to the homeless shelter. There’s always beauty in unexpected places. You just have to search for it. 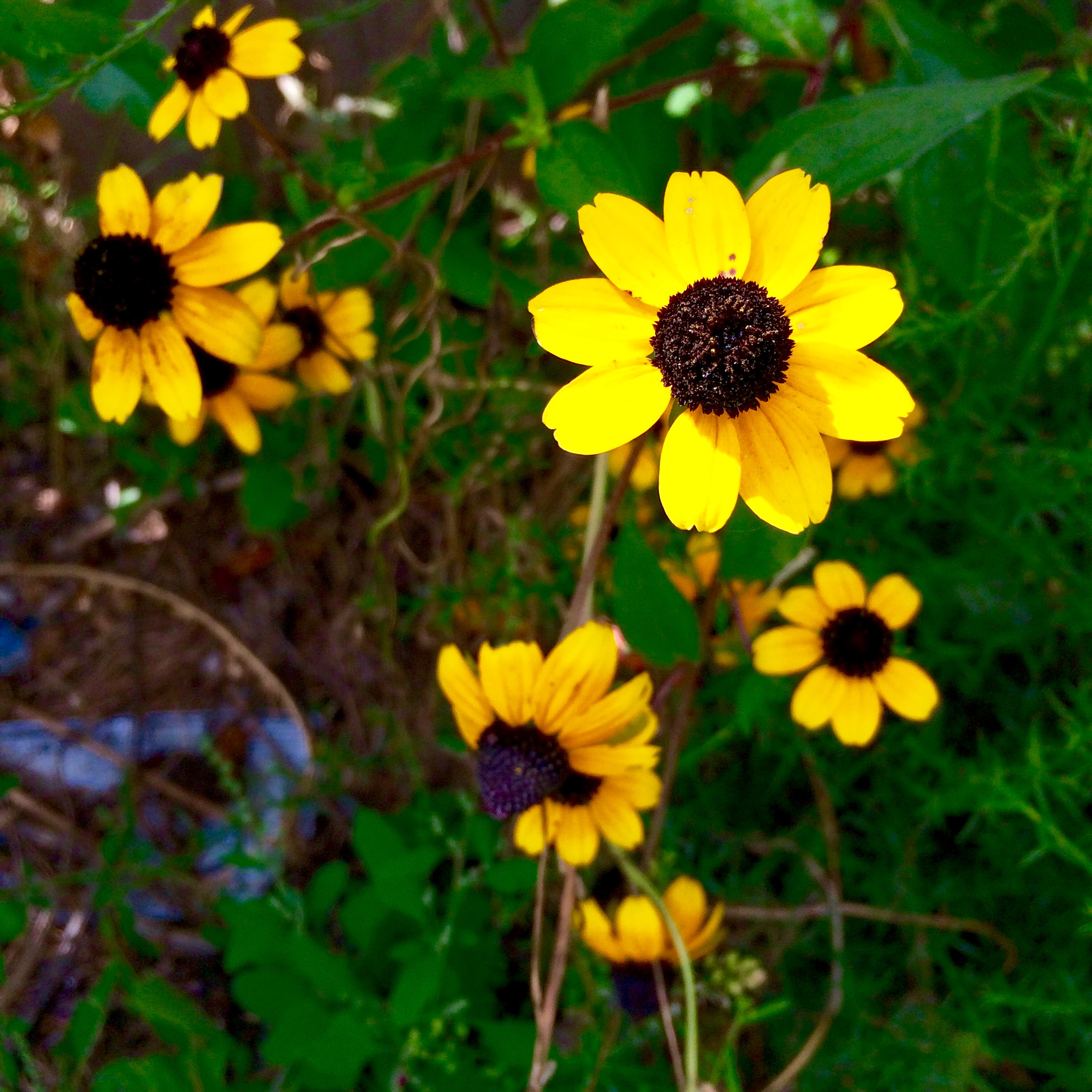 Not a lot of food on the menu today. However, in spite of there being only pasta, three types were available. Penne plus two pastas that looked like they belonged to the Alpha-getti family.

And no one complained. Everyone loves pasta! Only a small crowd of patrons this afternoon. And, some of them were behind the counter with me, pitching in too.

Plenty of farm-fresh produce was donated: zucchini, squash, cucumbers, peppers and cherry tomatoes. The produce was cut up into large pieces with canned tomatoes and garlic added. After the vegetables were cooked until softened,  cheese was added on top. Vegetarian Delight!

Today was clean out the fridge day. All expiry dates were checked, and every jar and bottle was washed down and then sanitized. The young woman cleaning the fridge had a learning disability. You could say her cleaning job went a little too quickly to be done well. Here’s how the situation was handled…

The administrator, Christine, told me, “Some of the volunteers are “special”–I don’t like to use that word–and they take pride in being here. The work gives them self-worth. If I correct them, they’re not going to feel good about themselves. So, I just tell them “I changed my mind. I want it done this way now.” Some days, I “change my mind” many times. It’s better they think I’m crazy than they feel badly about themselves.” What a considerate approach!

I worked alongside a teenage girl who stated she needed to complete her “hours” before court tomorrow. She told me she was with her girlfriend who planned on stealing an item of clothing from The Bay. She told her to put the clothing back and left the store. Her girlfriend followed behind her with the stolen item. They were both arrested.

The teenage girl must donate $100 to charity and volunteer for 10 hours. However, she’s very happy she won’t have a record. She works two jobs in the summer; four days a week at one pizzeria, three days a week at another pizzeria. A good kid. I asked her if she ever threw the pizza dough in the air. She answered she did it once. And it was disastrous! Six kids in her family, five girls and one boy- same as for me. She was thankful she was over 18 and it wasn’t necessary for her parents to find out. That they would be crushed.

I asked if she was still friends with the other girl. She said she was actually best friends but she told her she won’t shop with her anymore. Her friend asks people what they need, steals the item for them and charges them half price. Her friend was given the option to pay $300 and do a lot more than 10 hours of community service.

I asked if her girlfriend was coming here to volunteer.

“Nope. She only shows up to work half the time as it is…so, there’s no way she’d volunteer. She’ll plead guilty and do jail time, probably. She’s been arrested three times. Her Mom told her,”If you get arrested again, don’t call me.””

I guess it’s an addiction. Never really thought of it before. Too bad. The girl would benefit greatly by volunteer work. Have her look around this shelter. See others struggling and keeping on, one step forward, trying to change their lives. Might sink in she should change her ways. Improve herself too.

But, you have to want to change, right? The girl I worked alongside was a hard worker and a pleasure to be around. And, the best thing? After all these years, she taught me how to cut up a pepper easily to remove the seeds. You take the top off first! 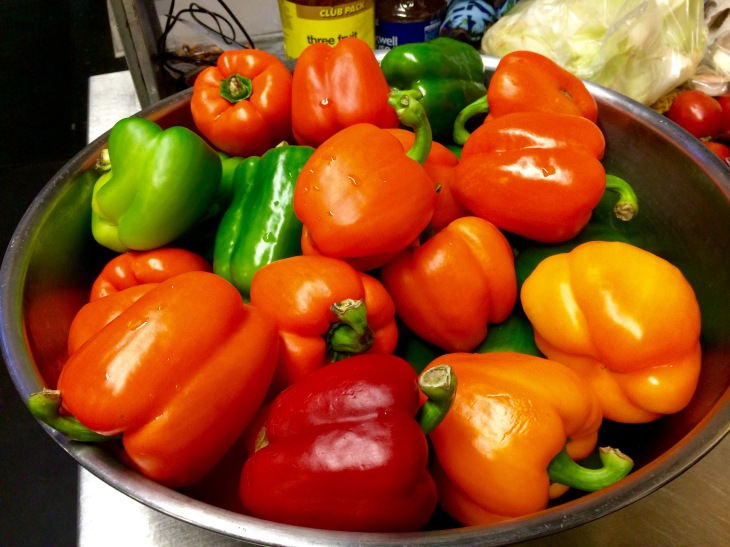 3 thoughts on “A Considerate Approach”