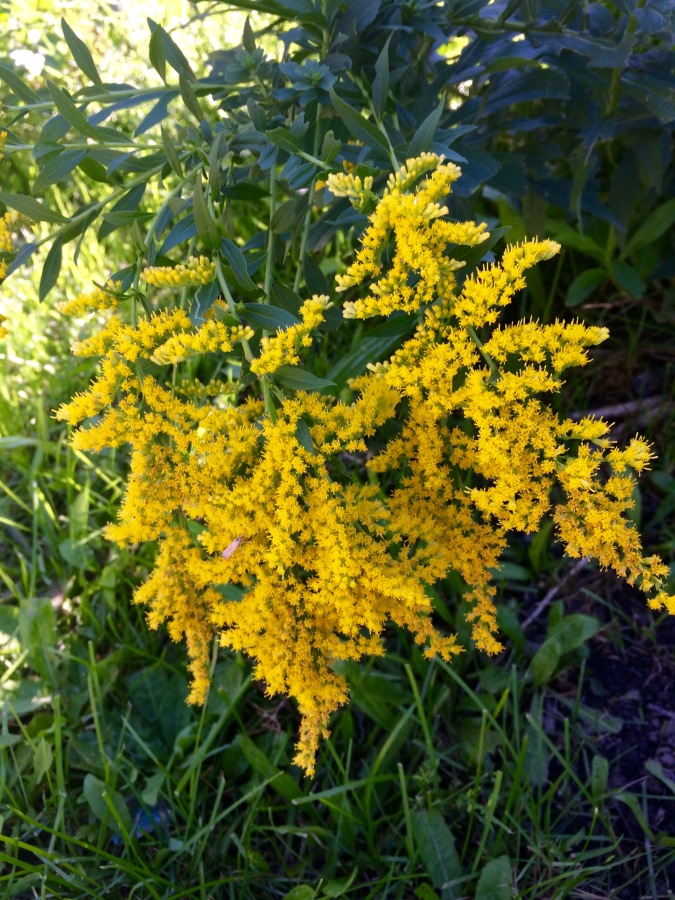 Golden rod greeted me in the alley near the homeless shelter today. A man I made the acquaintance of last week was telling me why he’s homeless.

“I was living with my 95 year old mother and could see no future in that. So I got myself a shared apartment. My first room-mate was a soldier who served in Afghanistan. He had PTSD and was violent. I didn’t last long there. It wasn’t safe for me anymore.

My next apartment’s room-mate turned out to be a robber and a thief.  He stole my things and sold them. I got out of there fast too. Before I had nothing left at all.

My third apartment ended up to be a drug den with hookers, as well. The police busted the place. Try explaining to the police that you weren’t involved. They don’t believe you.

My last apartment had a bitch of a landlord. Pardon my French. I didn’t pay her. I lost my place. I sleep at the Downtown Mission now but I eat here. I can’t stand it there. But, it’s so hard to find a place to live…”

He hovered near where I was de-boning a humungous turkey. He had mental health issues and was on disability, he confided to me. I nodded. I had offered the cook a break from de-boning and took over for him. The cook does everything quickly. The turkey was incredibly hot still. I had two pairs of gloves on and my hands were hot. I encouraged the man to talk.

He told me he had prostate cancer. Talk about stress. Homeless. Cancer. A bit of paranoia too, it seemed from some of his other comments. He showed me his pamphlet on Prayers of the Rosary. It looked as worn as mine. He showed me he had crossed out- with big black “X” marks-“ The Assumption of the Blessed Virgin Mary” and “The Coronation of the Blessed Virgin Mary”.  He told me he attends mass downtown at noon and prays the rosary. Except for those parts.

At least he still had his faith. I couldn’t give him much but an attentive ear and a smile. Everyone here has struggles. Some are on the upswing and others not. They’re just doing the best they can under their circumstances.

A middle-aged couple dropped by with a donation of four turkeys and three boxes of homegrown tomatoes. I talked to them about their garden. Told them an animal was eating my low-hanging fruit. They had an assortment of tomatoes: red ones, yellow ones, white ones called White Wonder, purple tomatoes and a striped green type called Green Zebra.

I thanked them for their donation. When they left, I split their produce into smaller baggies for distribution. And handed one to my newest buddy.

I asked if he ate yet. There were hot dogs– Brenner’s- Windsor’s finest!—and pasta for lunch. And vegetable beef soup. He‘d eaten all three. 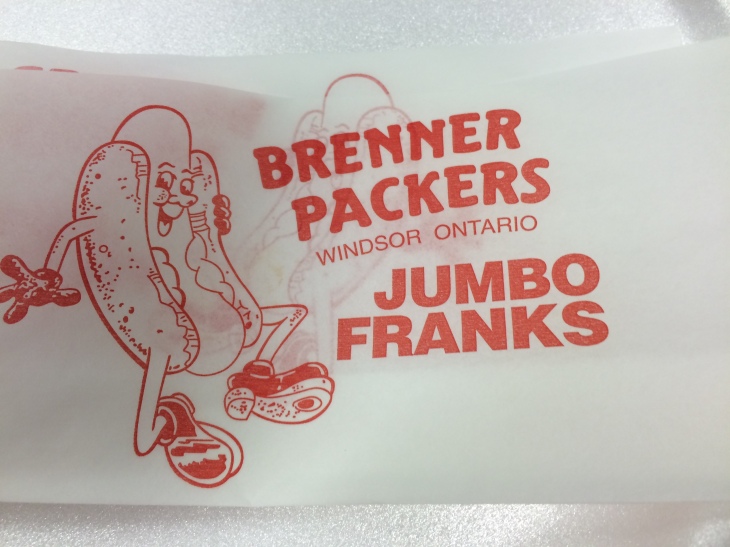 I let him talk. He proudly showed me his journal that he presents to his Canadian Mental Health Association worker. The latest entry was: “The girl behind the counter named Rita showed a personal interest in my life. She gave me tomatoes.” He wrote more but I couldn’t decipher it all.

Ahhhh, you never know the effect you have on another. I can’t change his circumstances at all. Just shoulder some of the weight of it all and lighten the load. And, seeing him cope with his issues helps me put all of my concerns into perspective. Everybody’s got a story they want to be heard.