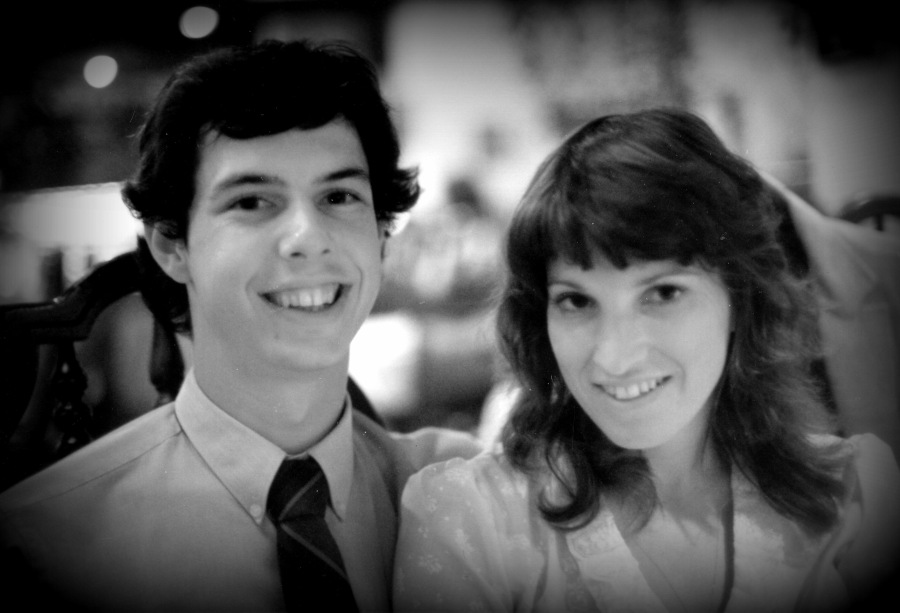 Holding hands still and holding each other up, through the tough times. Rejoicing with the good times.

There’s no one else I’d rather have by my side.

Mom and Dad were married 67 years. Might as well make that our goal too!

Who knew what a chance encounter at a coffee shop in 1981 would lead to…I was hanging out with two fellow waitresses after work. Our plans fell through when we learned we couldn’t visit a riverfront park after midnight. They didn’t have the best intentions, anyways.

We settled on a coffee shop. And, the cute young guy with the beautiful eyes baking donuts on the graveyard shift settled on me.  He wanted to hear more about the engineering program I was enrolled in for the fall. So, he asked me out.

Our first date was a motorcycle ride to the countryside. For an ice-cream cone in a small town. Guy was house-sitting for a friend and actually had no home at the time. I guess I always had a heart for the homeless. His fridge held two eggs in it. Nothing else.

Now, we have three vehicles, one bike (same make and year as the bike we rode back then) in repair, two fridges and two dozen eggs. I’ve been on the midnight shift for almost 30 years. Guy works straight days. I left engineering behind for nursing and Guy left baking behind for engineering. But, we still love ice-cream. Some things never change.

It was never about what we had or didn’t have and maybe that’s why it’s still working.

It’s just about a desire to be with each other. To look into each other’s eyes and see the love coming right back.

That’s all I know.

I’ve always been a great Wizard of Oz fan. For Halloween one year, Guy dressed up as the Tin Man and I was the Cowardly Lion. I prefer Courageous Lioness.

As the Great Oz stated:  “A heart is not judged by how much you love, but by how much you are loved by others.”  Love expands; what goes around, comes around. Not too many people love the wicked witch, now, do they?

Well, this Courageous Lioness found a Tin Man with a heart of gold.

9 thoughts on “Thirty-Three Years To Go!”