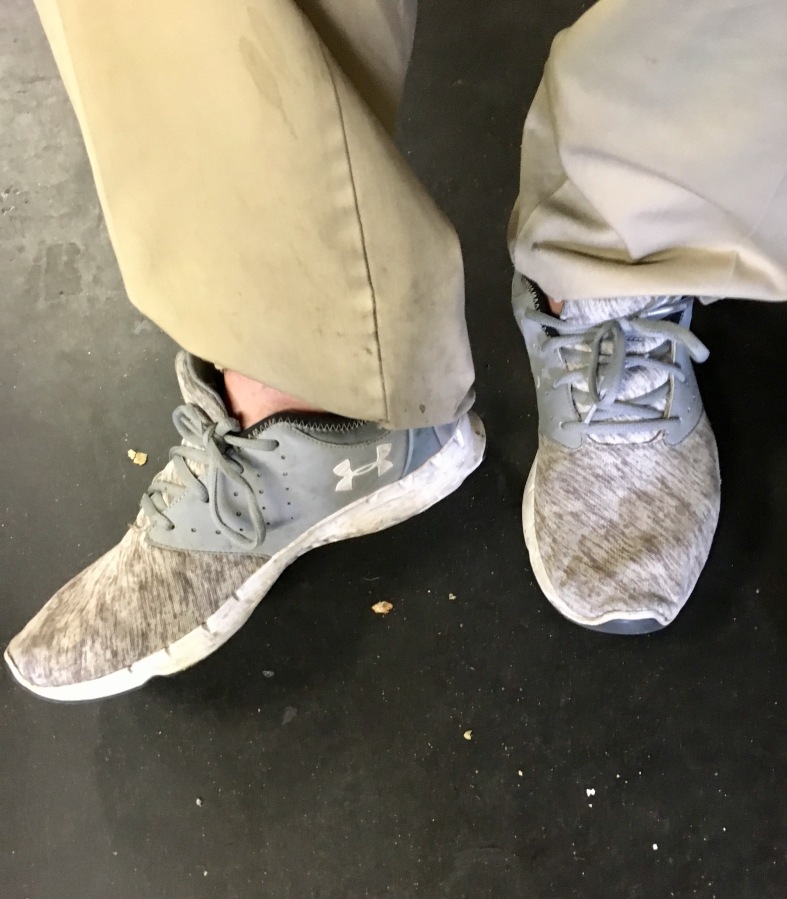 Dustin received his shoes from a homeless man.

What is your biggest struggle with poverty on a daily basis?

“It’s people pissing off. They steal my stuff. Not respectful. There always seems to be a thief around me. I’m constantly having to replace the things I own. Or used to own, anyways.”

“Food is a struggle, too. That’s why I come here to eat. Many times, I wouldn’t have a meal otherwise.”

“Shelter’s not an issue. I have a room in a house. I rent space to homeless people. One sleeps in the corner and another one sleeps beside my bed. I charge them $100 a month. I don’t think that’s too much money for getting them off the street at night. Now, I’m wondering if one of them —the girl—is robbing me. I don’t know. As soon as one of them leaves, another shows up. One day, there were ten homeless guys wanting a place to crash. It’s like a never-ending line!”

What would you like people to know about living in poverty?

“If you were in those people’s shoes, how would you feel? I’ve been there so I know what it’s like to be homeless. I feel like I’m helping them.”

“I’ve been at my place in the basement for about one year. I had to work hard to set it up. Tell people that it’s a matter of time. Things will change.”