The Rule of Thirds is something my husband and daughter spoke of after taking a photography course together. I wrongly assumed it just meant dividing a photo into thirds. I never realized it meant to visualize four lines dividing the photo into 9 squares, then positioning the focal point near a point of intersection.

On the way to a wedding, Guy (my hubby) was walking with me at a brisk pace along the city’s waterfront. Glancing at him, I noticed an enormous Canadian flag flapping in the wind. Stopping suddenly in my tracks, I said, “Guy, wait a sec. I want to take your pic!” Being married to me for 36 years so far, he’s always been a very good sport about interruptions for photo-ops.

You can see the difference in the two pics I took with my phone. 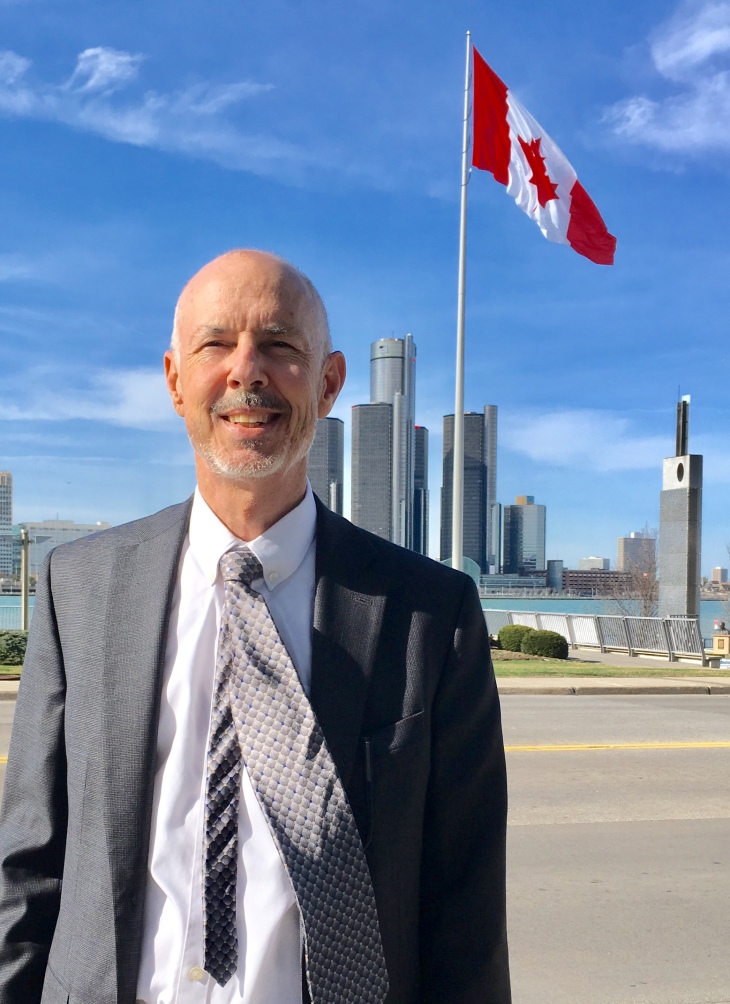 The second one has more popping appeal because Guy’s situated near the intersecting points.

Now, did I think of this when I took the pic? Nope! Not at all! I took barely two seconds to take the photos. I tend to centre my subjects but can see now that when using the Rule of Thirds, photos turn out better. I’m going to give it a shot in the future.
What my eye focused on was my three loves: Guy, the Windsor-Detroit waterfront, and my patriotism. I guess you could call that my own Rule of Thirds! Shoot what you love and have fun doing it!

10 thoughts on “Photography Tips for Beginners!”