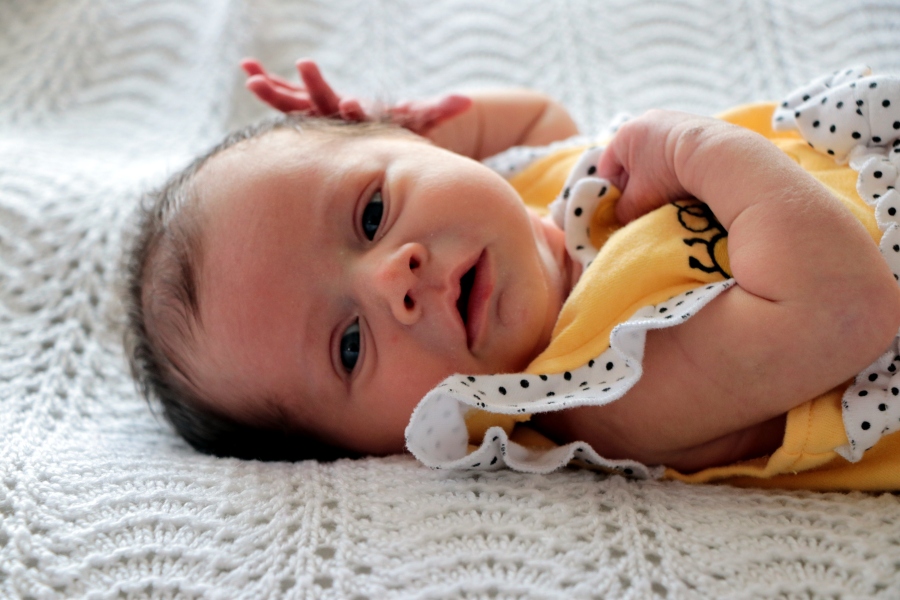 “How can a person deal with anxiety? You might try what one fellow did. He worried so much that he decided to hire someone to do his worrying for him. He found a man who agreed to be his hired worrier for a salary of $200,000 per year. After the man accepted the job, his first question to his boss was, “Where are you going to get $200,000 per year?” To which the man responded, “That’s your worry.”

Anxiety. Push it away in an attempt to ignore it, but it’ll creep out to haunt you in the middle of the night. Don’t I know it! Let me tell you a tale.

Sometimes too much knowledge is a bad thing. When you’re an obstetrical nurse, you see it all. Newborn babies usually arrive without any trouble. But all obstetrical nurses have seen the other side . . . birth defects and stillbirths. You never forget the tragic wailing of a mother-to-be upon hearing that her baby’s heartbeat can’t be found.

Having a daughter that is pregnant jacks the worrying up a notch. Having a daughter with a high risk pregnancy—gestational diabetes, on insulin—jacks it up even more. I knew worrying wouldn’t change anything. Whatever would happen would happen regardless of how much worrying was done. I just knew I couldn’t bear witnessing the sadness my daughter and her husband would endure if their baby didn’t survive.

The pregnancy had been a blessing. After enduring infertility, a course of fertility drugs was tried. I encouraged the couple, Giselle and Stephen, to pray to St. Rita. She’s the saint for impossible causes, as well as for infertility and parenthood. My daughter became pregnant that month! Giselle announced the pregnancy early, at family Christmas parties. While some felt she should keep things quiet “in case something happened,” she chose to share her joy. She was hopeful.

There had been risks because of the medications Giselle requires daily. The prescribing doctor warned her that sometimes babies don’t take a spontaneous initial breath, no matter what is done, because of one of the drugs. Although rare, he felt it was his duty to inform her. Giselle felt confident it wouldn’t happen. I tried to push this scary thought away. I had seen similar cases with sad endings. My husband and I prayed every night for a healthy baby. I told St. Rita that I was counting on her.

At Giselle’s baby shower, I purchased baby’s breath flowers for the table centrepieces. I tried my best to stay hopeful, too. 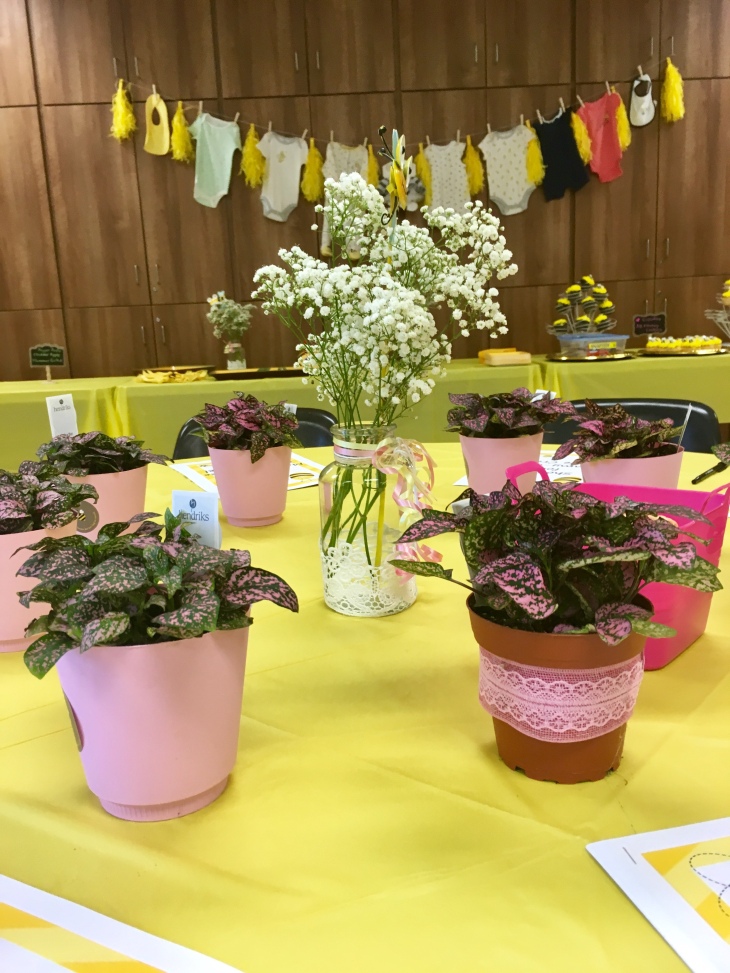 At a yard sale, there was an assortment of teapots which held plants and flowers inside them. I bought this one and displayed it prominently as a reminder to me. 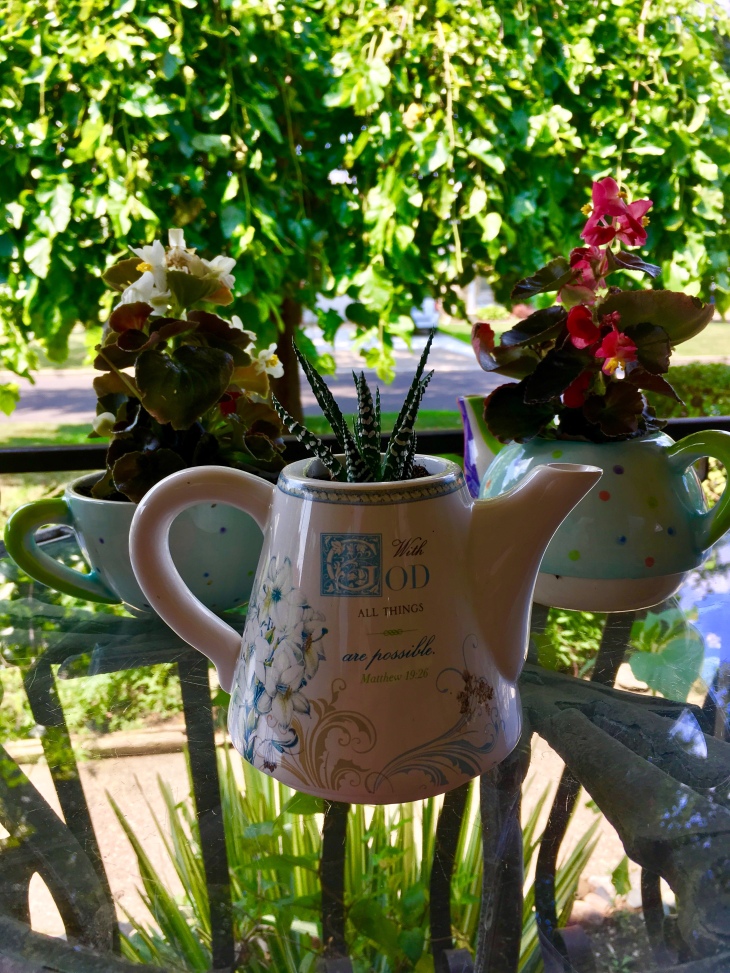 I’ve read that Martin Luther once said, “Pray, and let God worry.” What a great plan! When I worried, I replaced it with prayer. Let someone with bigger shoulders deal with this!

At just over 38 weeks gestation, Giselle had a non-stress test, a routine test for a Mom-to-be with diabetes. A fetal arrhythmia was detected and the fetal heart rate was occasionally dropping below normal limits. An ultrasound revealed a smaller baby than anticipated with a cord wrapped twice around her neck. Based on these findings, a decision was made to perform a Caesarean section. As Giselle had recently eaten, the surgery was scheduled in six hours’ time. Stephen went home to retrieve her hospital bag and necessary medication.

Meanwhile, the fetal heart dropped further! Giselle was rushed to the operating room in a flurry of activity by the nurses. Stephen arrived minutes after their baby girl was born.

Stephen called to tell us our granddaughter had been born. I knew she’d been expected at a later time . . . what had happened? I hesitantly asked, “Is everything okay? Is she breathing?” Stephen proudly answered, “ She’s golden!”

The little peanut had a great start but required five days in NICU for difficulties maintaining her temperature and blood sugar. 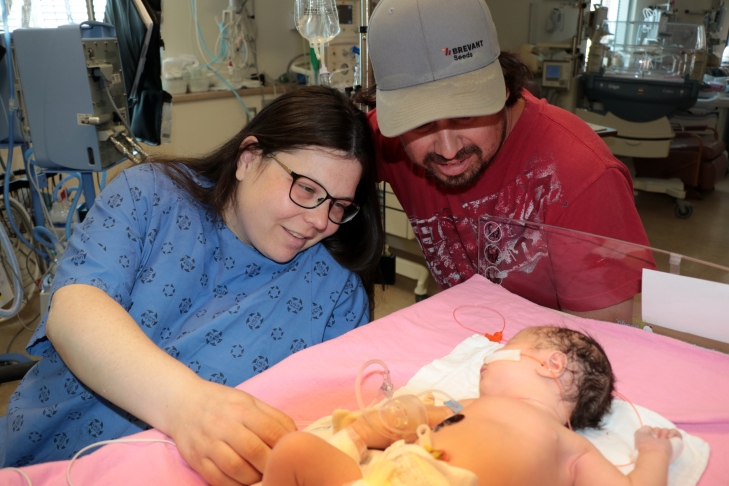 While visiting at the hospital, I asked Giselle, “Were you afraid when the nurses whisked you off to the OR? You were all alone.” My husband and I were out-of-town. We had planned to reach the hospital prior to her scheduled time of delivery. So did Stephen!

Giselle’s answer touched my heart. She told me, “I was a little scared because it happened so fast. But I had faith. I knew everything would be alright for my baby.” 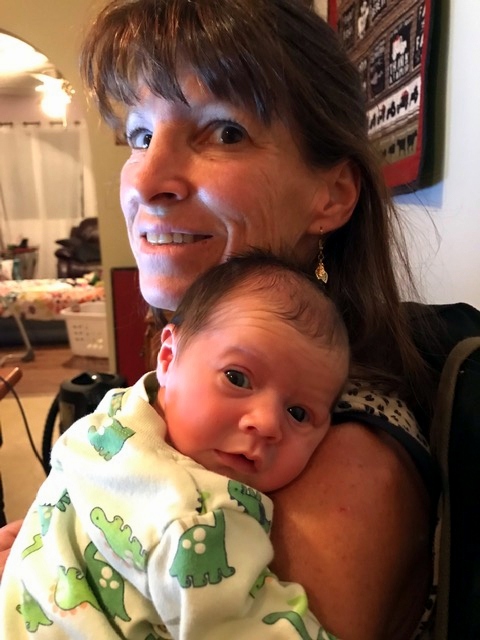 And what did the young couple name their baby? Danica Rita. Danica is a name our whole family liked and agreed upon at a get-together on Family Day. Most people assume Giselle named her baby after me with Rita as her middle name.

However, we know Giselle chose the middle name to also honour and thank St. Rita. Double billing with a Saint. I kind of like that!

Welcome to the world, Danica Rita! You arrived, despite anxiety on anyone’s part! We’re filled with joy that you’re here!

2 thoughts on “A Grandmother Overcomes Anxiety”