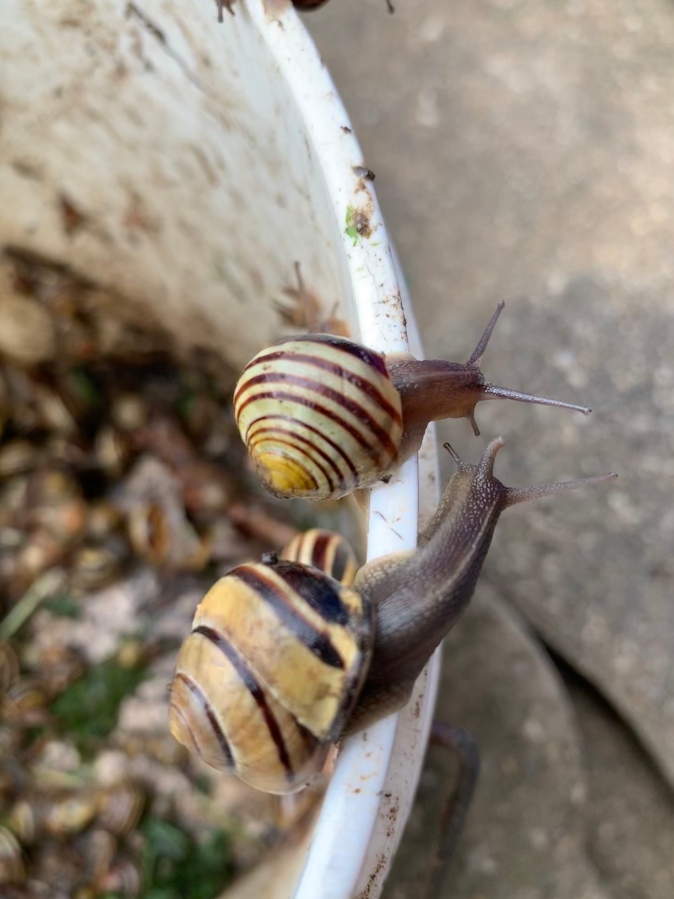 I don’t believe Hell to be full of flames. Nope. Being a gardener, I think it’s full of slugs and snails.

Don’t get me wrong. I try hard to love all of God’s creatures. But I think it would be easier for me to love some of them from afar. Like away from my garden!

My hubby thinks the invasion of the snails and slugs began years ago after a trip to the beach. We brought home some magnificent shells and rocks—along with the innocent snails. We thought they were beautiful until we realized they devoured flowers.

I tried store-bought snail bait. It was expensive for a small amount and yielded little success. I laid out small dishes filled with beer to lure them in. They were apparently abstainers. Then I discovered diatomaceous earth or DE.  As fun to say as to use, haha!

I thought I’d struck gold when I found out about DE. Then I learned slugs prefer to walk around DE and travel on soil without a sprinkling of it. That’s why each plant needs to have a complete circle of DE surrounding it. Rain or watering renders DE ineffective.

DE should only be placed on the ground, not on the leaves of the plant so it doesn’t affect bees. It’s also harmful to some insects, such as fireflies, that help in the fight against slugs and snails. I like bees and fireflies!

I heard there are collars and copper-mesh fencing and copper tape to deter the tiny critters. I haven’t tried them yet. I’m simply employing a manual method. I handpick them off the underside of my plants and drop them in a bucket as I weed my garden. Next, they go into a yard waste bag. Lots for them to eat there!

As I got lost in my weeding, it came as a surprise that snails can move pretty darn fast. Before I know it, they’re planning their escape from my pail! 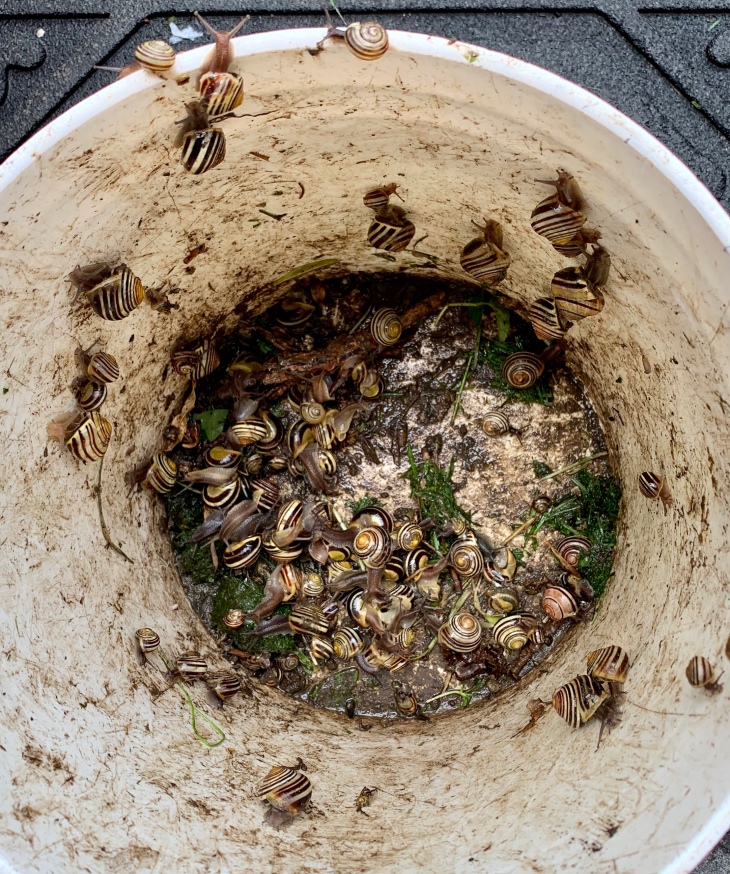 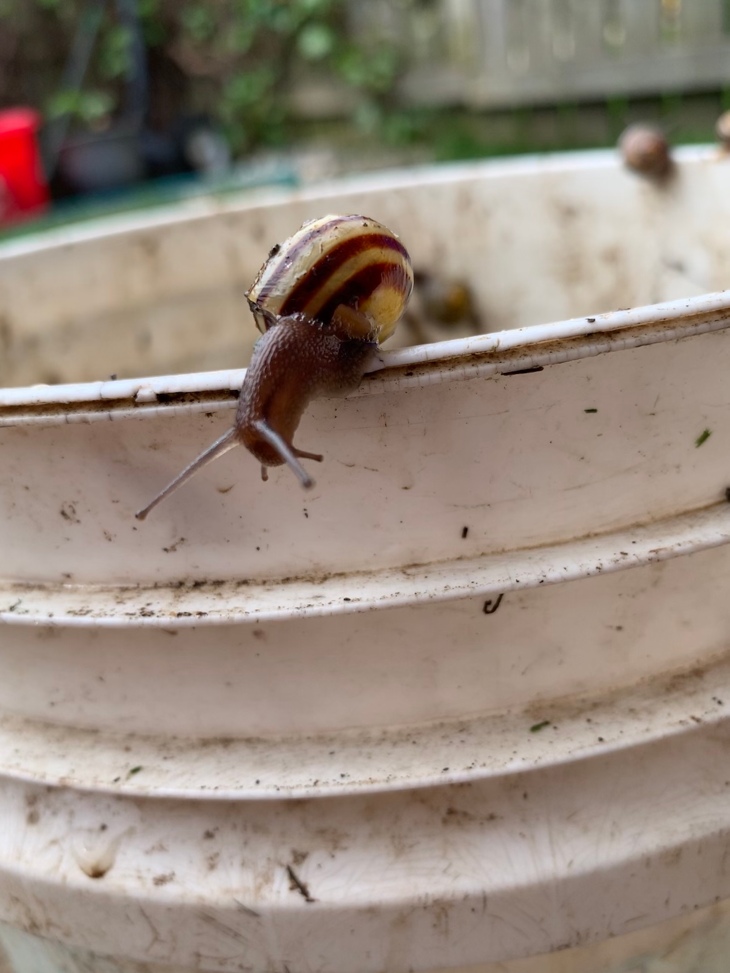 And when I open up a half-filled yard waste to add to it, they are there to greet me. “Hey, we’re still here! And a little bigger now, too!” 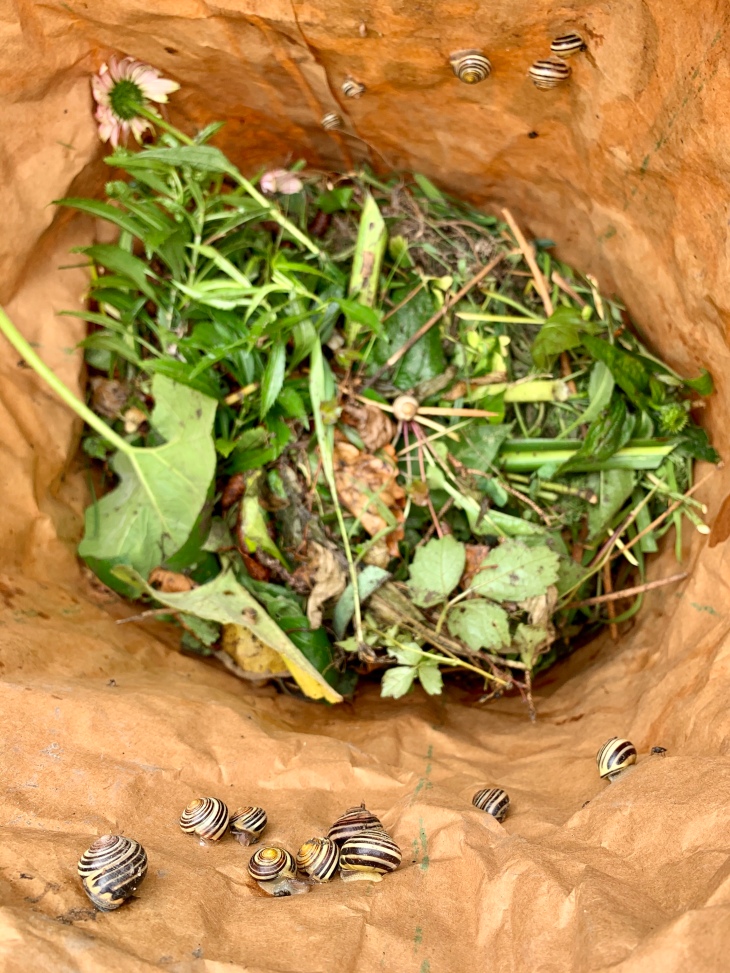 I haven’t given up on removing the snails and slugs from my garden. It will be an ongoing battle. But as long as they’re not feasting on every leaf of a plant, I guess we can call a bit of a truce.

I’ll only seek them out after a rainfall and then send them packing in a yard waste bag or my two old garbage cans reserved for yard waste. They can dine on a farewell feast in those containers!

Funny thing is, when I go to the curb to retrieve the dumped-out garbage cans, I usually find many of them still there, clinging to the sides of the can. “Please take me back!!”

What can I say? They love my garden as much as I do! 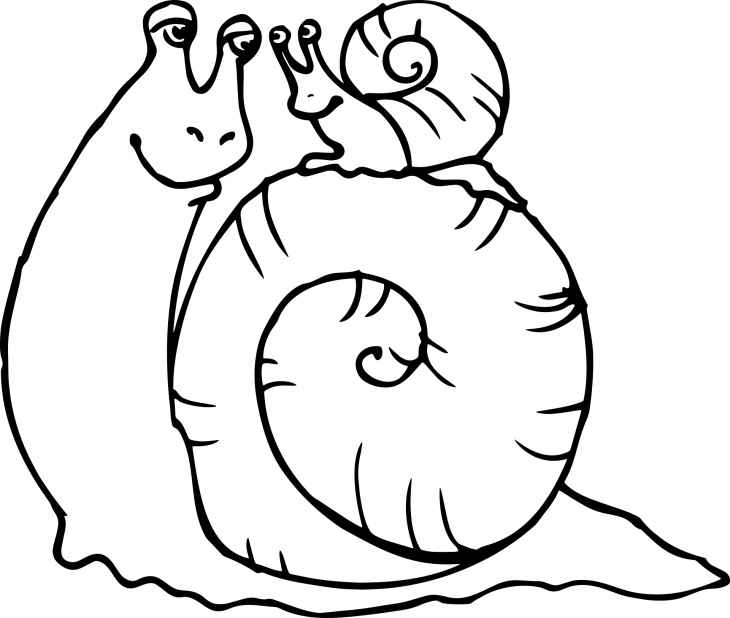