“Tell him to stay out of church. If he has a strong urge to go to confession or mass, it’ll have to wait until he’s back home in Canada.”

My friend was asking what she should do as her son was in France right now. In the news was reported a French priest had been murdered during mass. Two nuns were taken hostage. The terrorists pledged allegiance to ISIS before the attacks.

Terrorism. Evil. No country is safe but people are more aware now that Western culture is involved.

I thought back to my time in Pakistan. October 2010. Our medical team spent two days in Karachi prior to beginning our mission work in Sukkor. A time of contrasts. Before working with the poor in the IDP (Internally Displaced Persons) camps, we were treated to a meal at The Saffron Restaurant, one of the top restaurants in the city. While we dined on lobster and bread pudding topped with both whipped cream and vanilla ice cream, terrorism had struck less than a kilometre away.

Two teenage suicide bombers simultaneously blew themselves up at a nearby shrine. One bomber had been stopped by a guard at the main gate of the shrine at the time. The other teenage bomber was on the shrine steps when he detonated himself. 10 people were killed. 74 injured. Two of the dead and twelve of the injured were children. Four people were killed in the resultant stampede among the panicked crowds. The Taliban claimed responsibility within the hour.

There are no words strong enough to describe the emotions we all felt. Sadness that ripped your heart out combined with extreme fear. The timing of the attack occoured on the busiest night of the week as people gathered to distribute food to the poor. The shrine had the highest level of security yet even that wasn’t enough to prevent suicide bombers from carrying out their own attacks.

The city shut down markets and gas stations. Schools were closed. Back home, we have school closures because of “snow days”. In Pakistan, the closures are because of “bomb days”. There were strikes and protests and road closures and disruptions. Shrines were closed for over a month’s time as a safety measure. This led to a greater hardship for the poor that relied on the meals provided by the shrine’s kitchens.

There will always be religious extremists. Of all types. From the Crusades to attacks by ISIS. And, while we mourn the effects brought about by evil, we can’t let it defeat us. We mustn’t let the actions of a small population steal our hope for humanity. Without evil, there would be no concept of good. And the world is full of good, so much good!

Keep doing your part to do good in the world. Let me share a Cherokee parable…

A chief was teaching life lessons to his young grand-son. He told the child a terrible fight was going on inside of him and it was between two wolves. One wolf was evil- anger, greed, hatred, resentment, and lies- and the other wolf was good- peace, joy, love, generosity, truth, compassion and faith. He then informed his grand-son this same fight was going on inside him as well as every other person, too.

The boy’s eyes widened with excitement. He asked, “Which wolf will win?”

The chief answered, “The one you feed.” 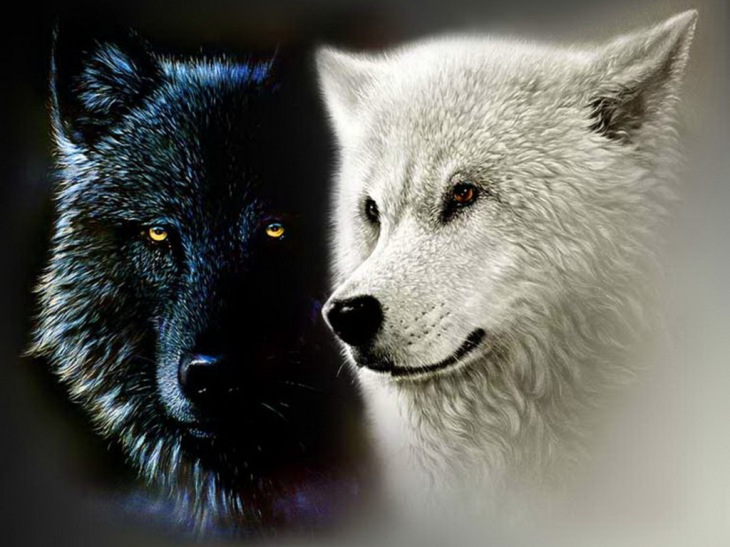